Doubled numerous actors over the years, here are few… 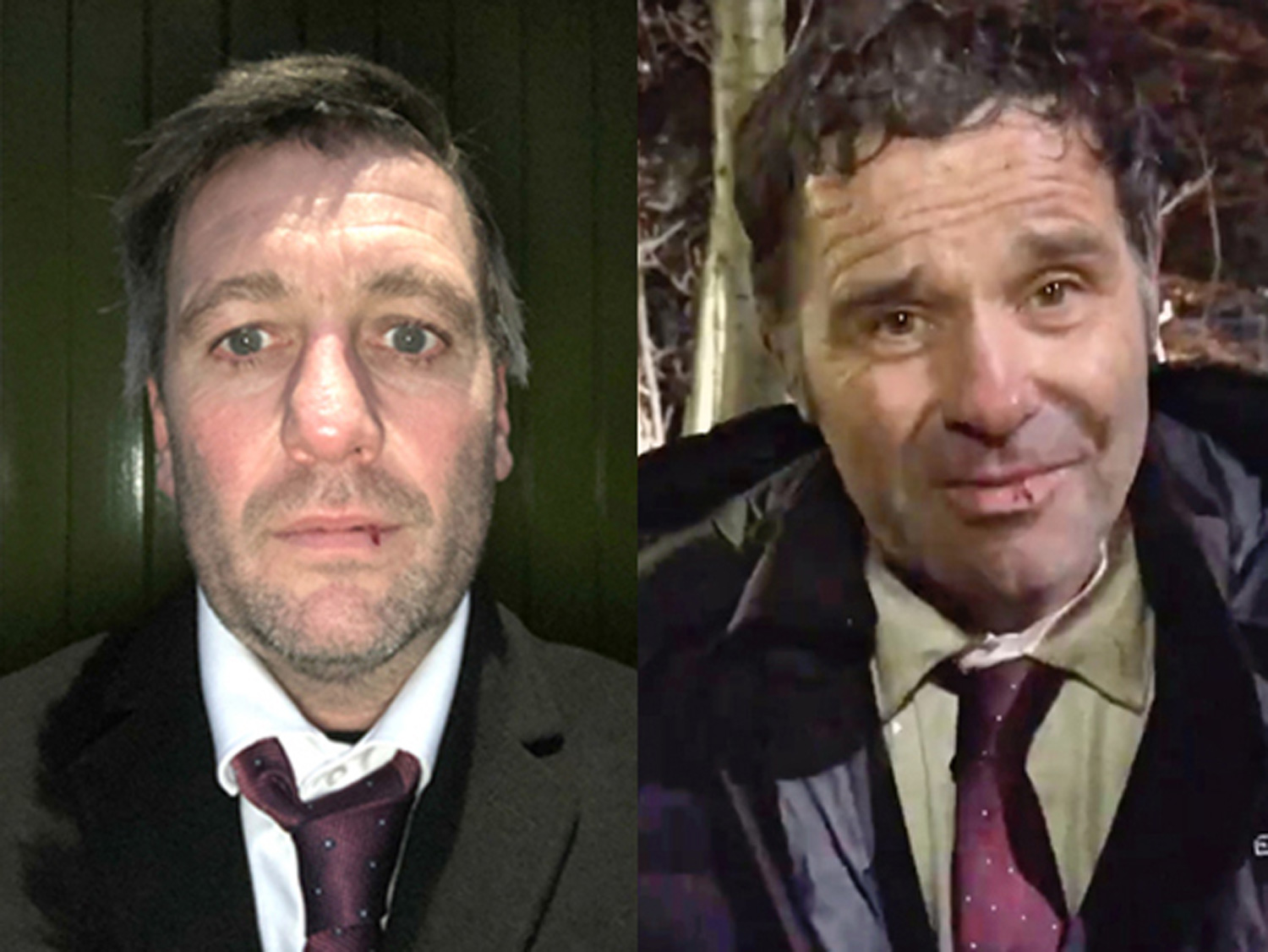 Andrew Scarborough, “Graham”, stunt double for 5 episodes, including general stunts / fights and a car knock down onto bonnet and window screen, then car stops so I’m thrown down a bank, then roll off a 30ft cliff to boxes, then rugby tackle off a 12ft ledge. Also double for head on near miss. 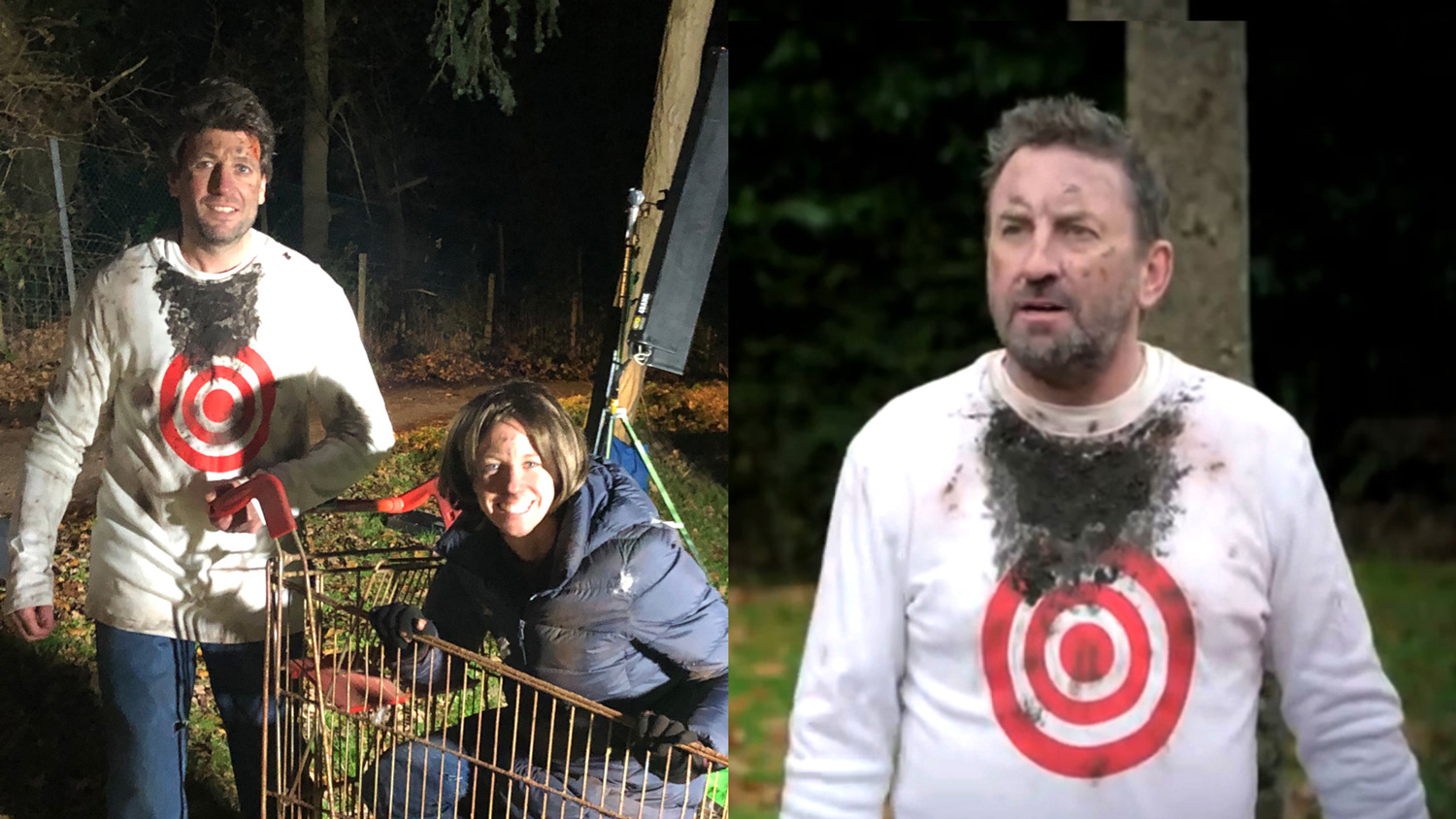 Stunt double for Lee Mack – precision driving and pushing / riding a shopping trolley down a hill on a gravel path, with another double for “Lucy” in the trolley 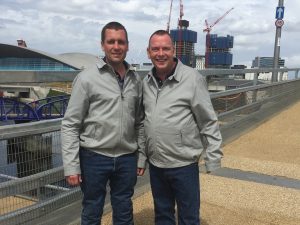 Doubled for Adam Woodyatt for a few stunts including a fight wth “Phil” and being hit by a car. 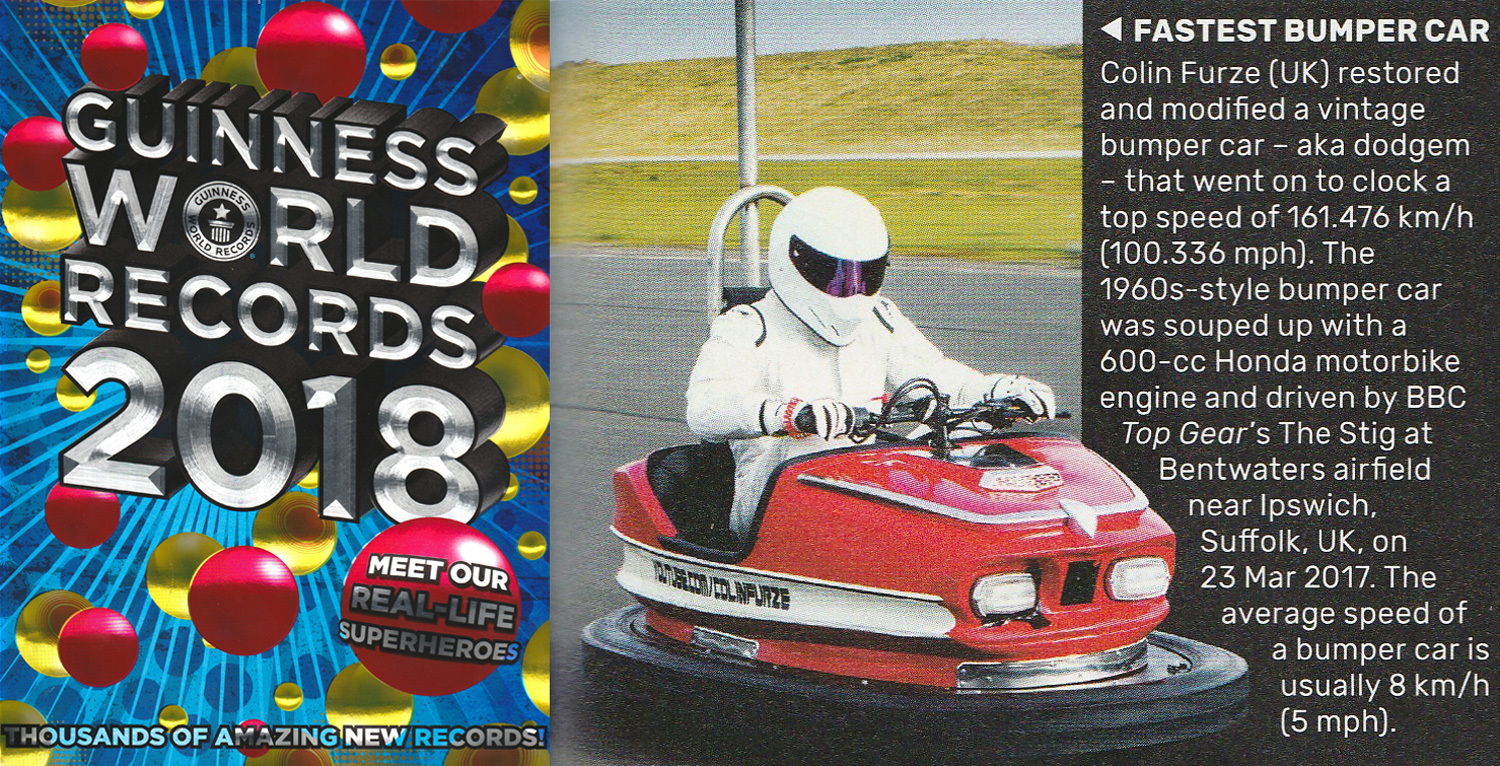 Please note that I am definitely not claiming to be “The Stig”, however I have helped him out on a couple of occasions with some specialist vehicles! – For one of these Top Gear jobs, I was involved in working alongside Colin Furze, I’m not allowed to say exactly what I did here, but I can say I had a lot of involvement in helping “The Stig” achieve a Guinness World Record, for the World’s Fastest Bumper Car / Dodgem 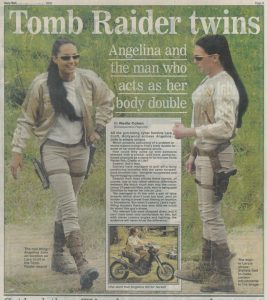 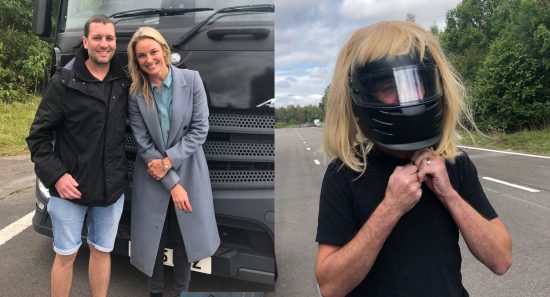 Driving double for Tamzin Outwaite, “Mel” for a rear cannon crash into a parked car.

Driving double for Daniel Craig, as “Bond”, but please note that I was not the main stunt driving double – I only doubled him for this driving sequence of the Aston Martin DB5, as Bond travels up to Skyfall around mountain side roads. 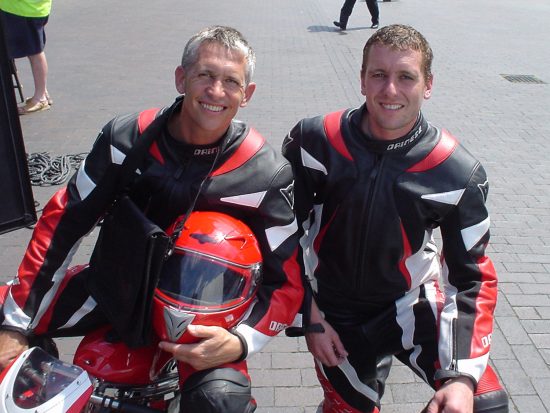 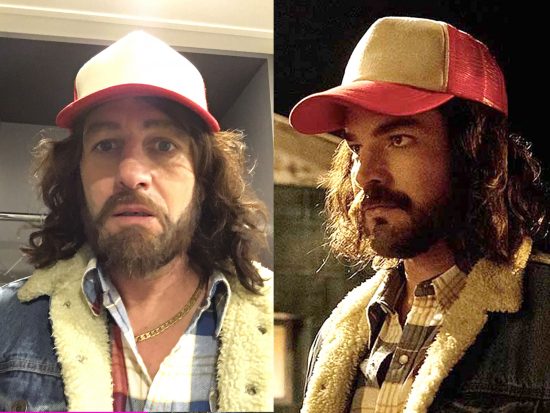 Matt Smith – “The Doctor” – Doctor Who 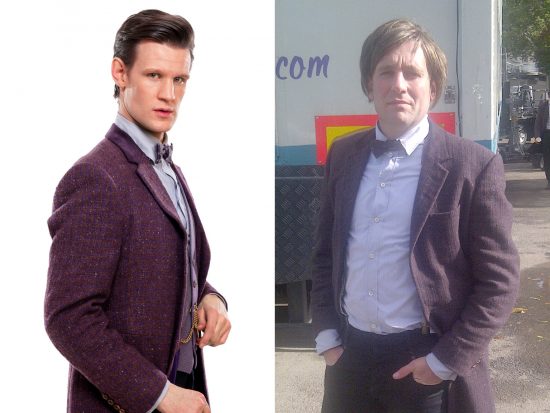 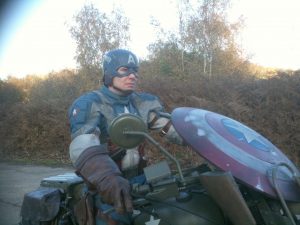 Double Captain America for all the motorcycle jumps. 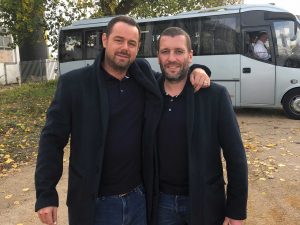 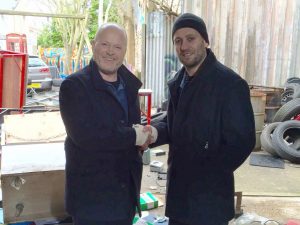 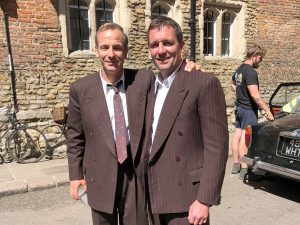 Driving double for near miss. 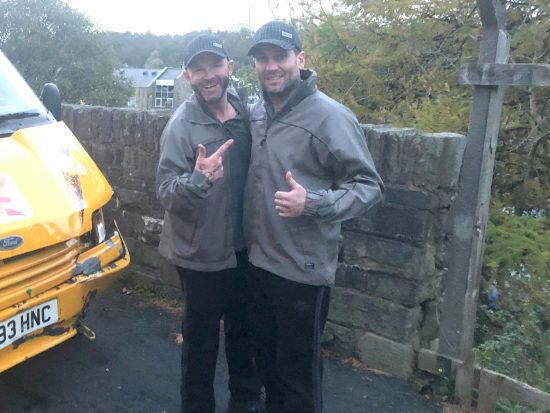 On Stormbreaker, motorcycle riding double for motorcycle chase sequence, ending in a motorcycle lay down crash.

Also on The Jonathan Ross Show, the motorcycle riding double for Ewan McGregor to jump over Gary Barlow, Tulisa Contostavlos and Alan Partridge. 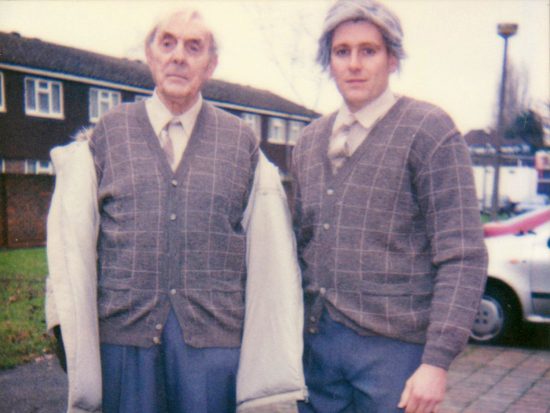 Doubled the late Eric Sykes in an episode of The Bill. 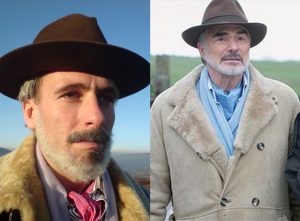 Stunt Double for Burt Reynolds, “Jefferson Steel”, in A Bunch of Amateurs for the driving sequence. 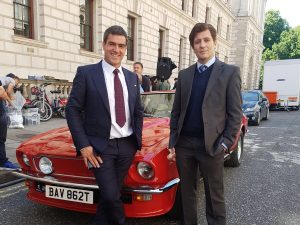 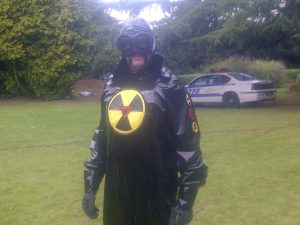 One of the doubles for “The Tumor” driving the van. 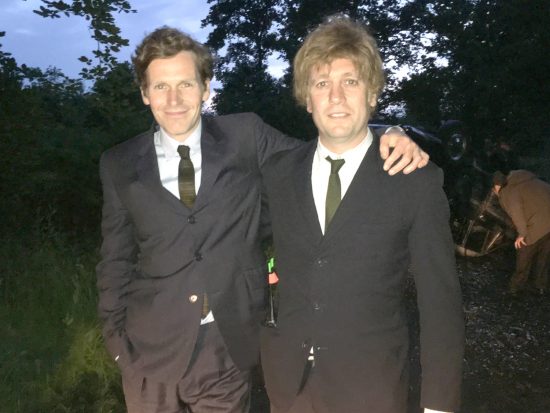 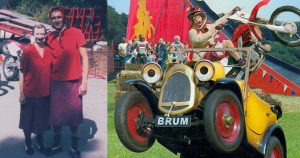 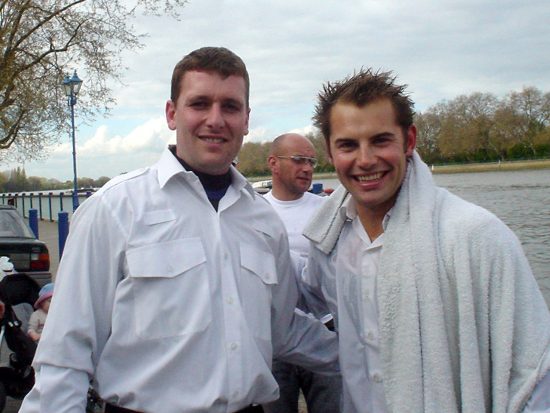 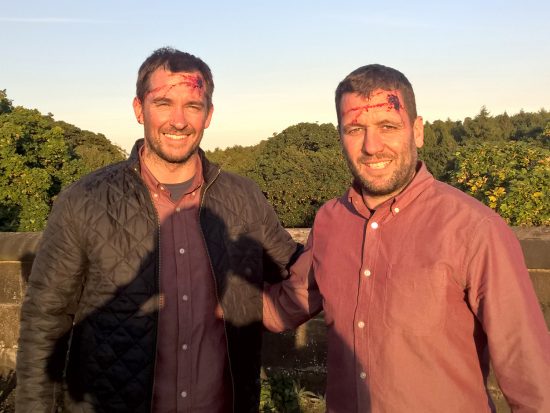 Anthony Quinlan, “Pete” enduro motorcycle riding double, enduro / motocross jumping and a chase, finishing with jumping off a cliff edge into water with the motorcycle. Also “Pete” double, hanging upside down from the top of a viaduct. 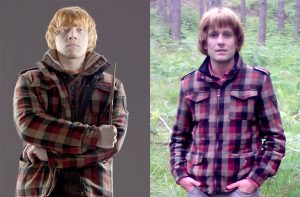 Double for Ron Weasley, being chased by the “Snatchers” in the woods. Note that I was not the main double, and this was only for this one second unit sequence for a couple of weeks filming. 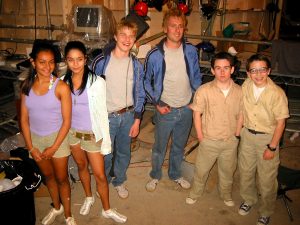 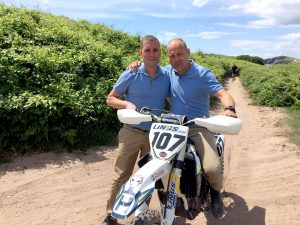 Motorcycle riding double for Matt Bardock, “Davey” in a chase across across beach also jumping the motocross bike. 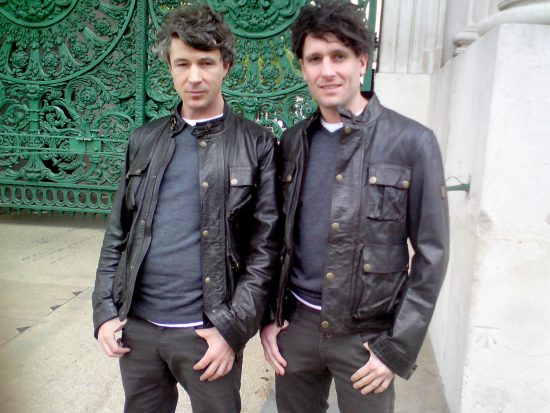 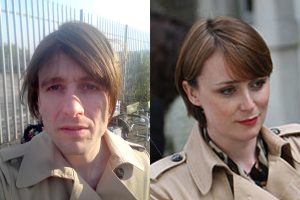 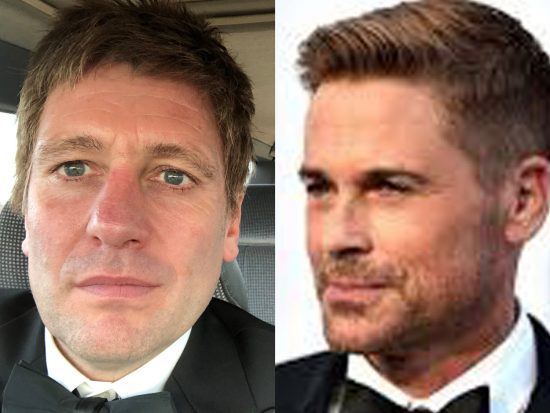 Craig Ferguson – “Paul” I’ll Be There 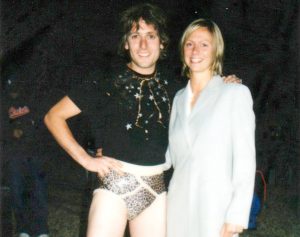 Photo here with another stunt double. Precision motorcycle riding double and Crash through window for Craig Ferguson, “Paul”. Also wheelies and riding up some stairs. 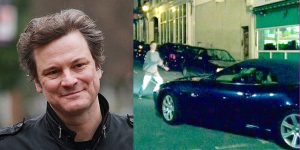 Precision driving double for Colin Firth on the Film, Born Equal for a near miss with Robert Carlisle who runs into the road.

Dragged through a grate.

Precision van driving double, crashing past a parked car then into a caravan.

Jamie Rednapp – “Banger Racer” – A League of Their Own

Precision scooter rider for near miss with a car head on.

Marc Warren – for different two characters, in SAFE and the film, Al’s Lads

Precision driving in SAFE and boxing double in Al’s Lads.

Passenger for car crash t-bone in The Tunnel and precision moped rider in Collateral.

Derek Jacobi – for two different characters in The Last Tango in Halifax and in the film, A Bunch of Amateurs

60ft jump from a ship into the sea.

Motocross riding including a jump and crash in straw bales.

General stunt double, and precision driver for head on near miss.

General stunt double and scooter rider for crash into a fountain.