As Stunt Co-ordinator to oversee the training and safety of Guy Martin for the recreation of the famous motorcycle jump that Steve McQueen’s character did in the film called “The Great Escape” – The training included motocross jump training with Dan Whitby, motocross training with Carl Nunn, trials training with Katie Bullock, strength and core training with professional boxing coach Graham Everett. Other specialists brought on board throughout the project included Paul Bickers to build the motorcycle take-off ramp, Nick Wilson from Triumph UK to look after the mechanics of the Triumph Scrambler 1200XE, and also Steve Payne to look after the suspension. 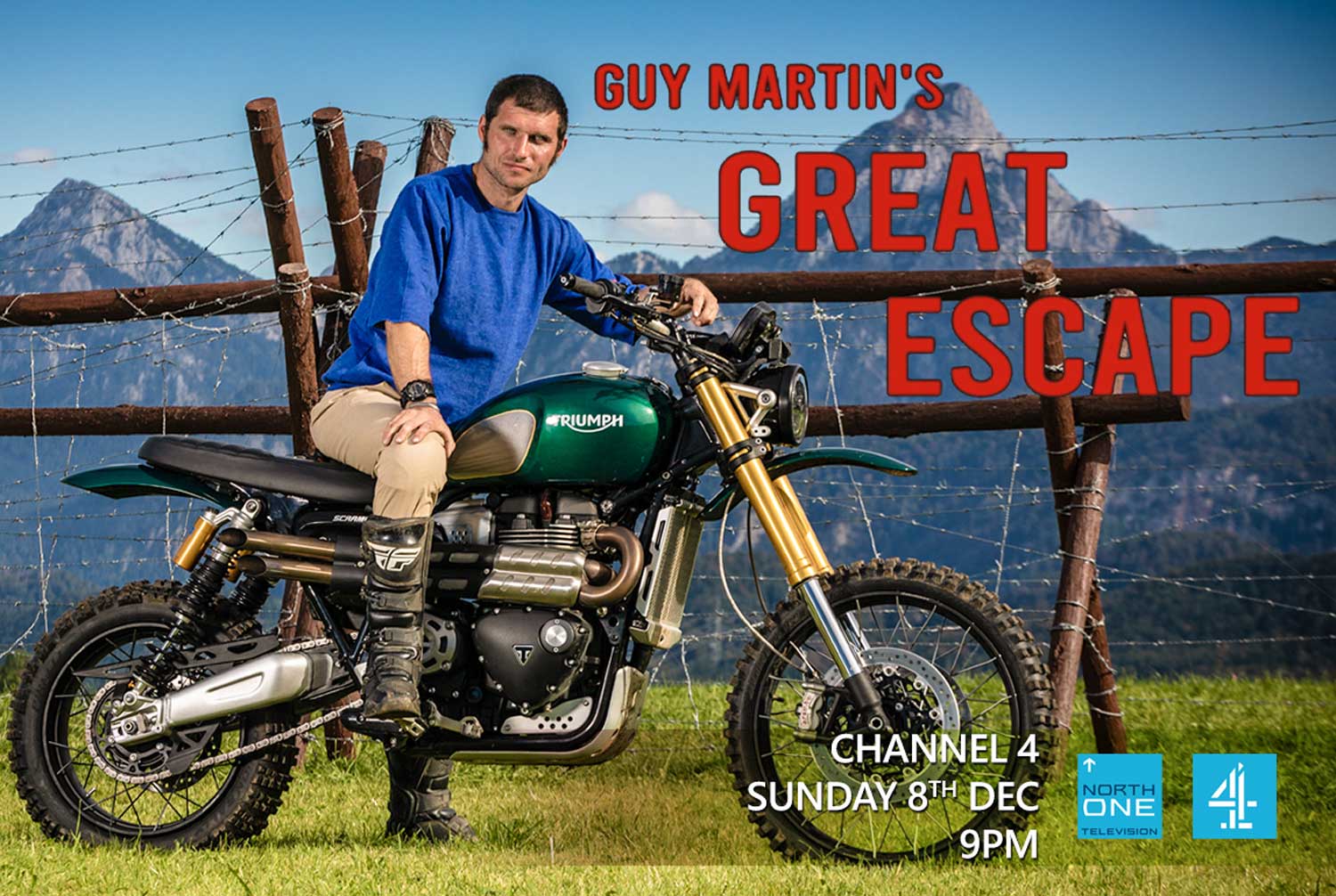 “Guy Martin’s Great Escape” – As Stunt Co-ordinator and Motorcycle Tester for the Triumph Scrambler 1200 XE. This was the most enjoyable job I’ve worked on!

Some clips from the Programme, “Guy Martin’s Great Escape” – As Stunt Co-ordinator and Motorcycle Tester for the Triumph Scrambler 1200 XE.

From the programme “Guy Martin’s Great Escape” – Here are all the full clips about recreating the famous motorcycle jump that Steve McQueen’s character did in the original film, “The Great Escape”. Working as the Stunt Co-ordinator and Motorcycle Tester for the Triumph Scrambler 1200 XE, overseeing the training and safety of Guy Martin for the recreation of the famous motorcycle jump. 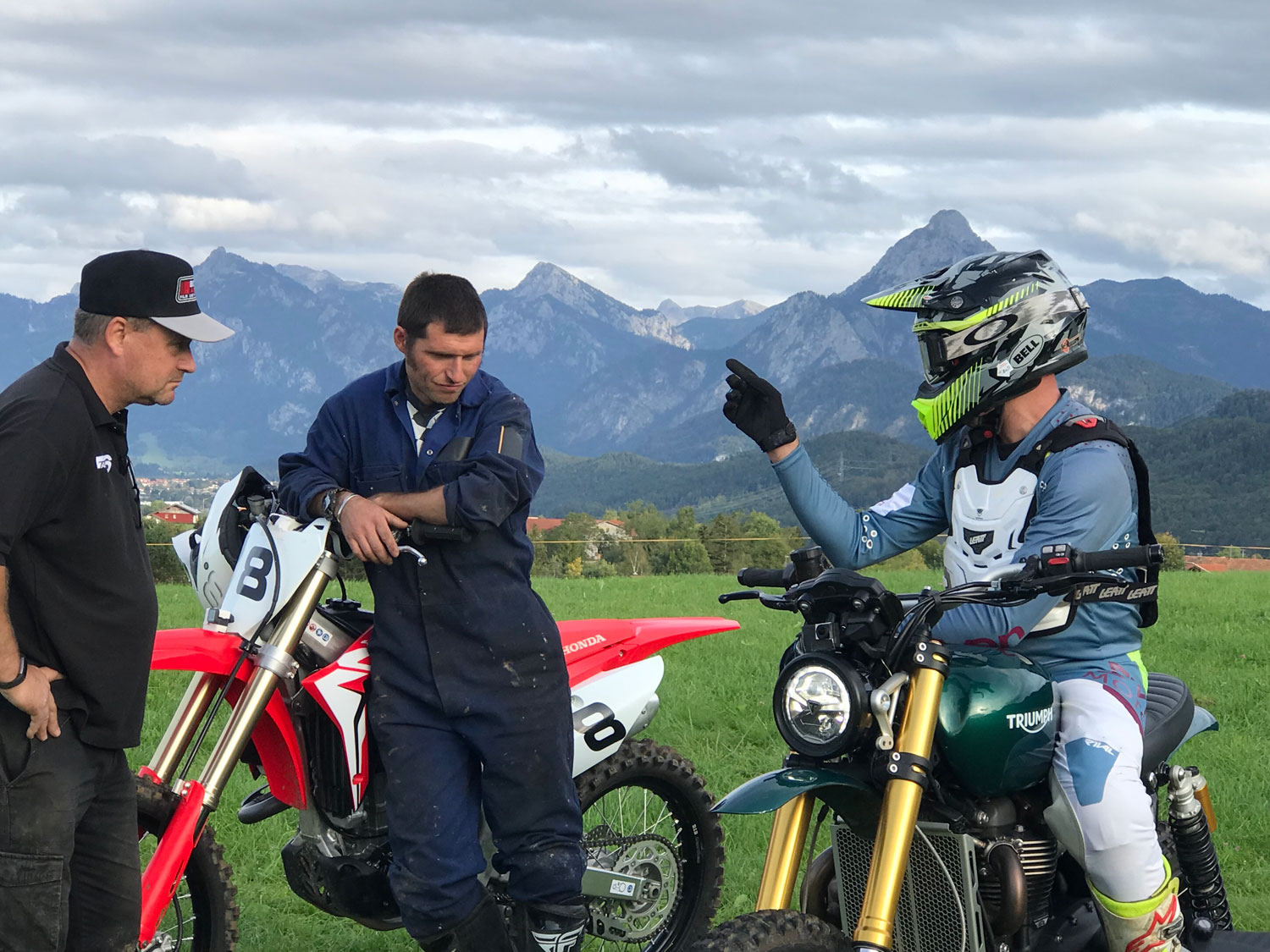 With John Leyton who played “Willie The Tunnel King” in the original Great Escape Film. And with the original Triumph TR6 Trophy which was the actual original motorcycle jumped by Bud Ekins who stunt doubled Steve McQueen in the original film. 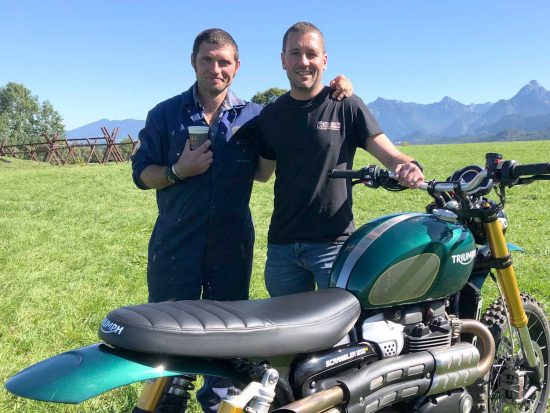 With Guy Martin and the modern Triumph 1200XE that Guy used to recreate the famous motocycle jump that Steve McQueen’s character originally did in the Film, The Great Escape.

As Stunt Co-ordinator as a worker is hit by railway digger bucket while unloading ballast.

The Story Of God – National Geographic

Precision car driving, T-bone crash into the side of another car.

Precision motocross rider being chased down track in forest. Also a part being chased on foot through forest.

For The Love Of Cars – 2 Episodes

Driving an Evo tracking car, for a restored DeLorean. Also driving a Ford Mexico at speed including handbrakes and J-turns.

Precision driving in a Ford Mexico, including handbrake turns and J-turns.

Demonstrating to the presenters different ways to crash for inserts into the main programme. 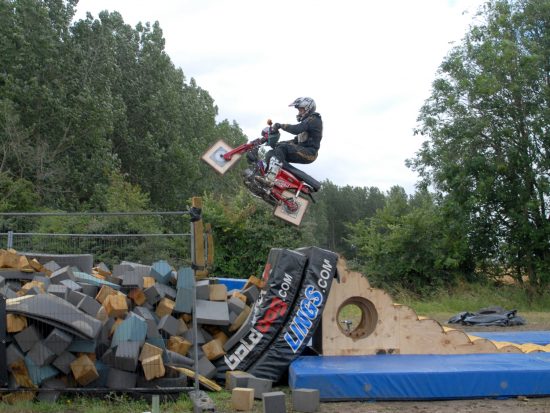 I was the test rider and assistant stunt co-ordinator for the square wheel motorcycle jump sequence, jumping a Honda C90 with square wheels into our foam pit. It was a success, with the the presenter, Jem Stansfield completing the jump!

Heaven And Hell The Second Coming

This was a freestyle motocross documentary, where I featured in a section called “Norfolk”.

These are my bits that featured in the “Norfolk” section in the DVD.