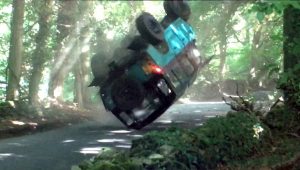 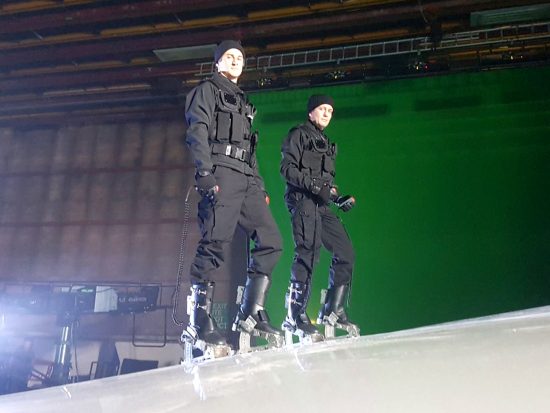 As Bough double with one of the Johnny English doubles climbing the side of the boat with “magnetic boots”!

Trained actor, Denis Menochet, to ride a motorcycle and quad. Doubled for “Quad Bike Rider” to ride quad at speed.

Lorry driver for this chase sequence in the Film. This was a good use of “CGI” here, to create the effect of the lorry trailer rolling down the road.

Rehearsals as zombie, fights in the plane.

Motorcycle Lay down crash on R1 at 75 mph. The bike slid down the road for 200 feet! Motorcycle riding double for Richard Cabral.

Crashing an R1 at 75 mph. The bike slid down the road for 200 feet! Motorcycle riding double for Richard Cabral.

Doubled Daniel Craig, “Bond”, but please note I was not the main stunt double, this was only for this precision driving sequence of the Aston Martin as Bond travels up to Skyfall around mountain side roads.

Motorcycle jumping double for Chris Evans, “Captain America” on the Harley Davidson, (Paul Hanks was the other riding double for the other Captain America motorcycle riding shots on the ground). I was also one of the Motorcycle Hydra riders chasing Captain America, which included a lay down crash on fire. Also doubled Dominic Cooper, “Howard Stark”, for a jerk back stunt and then Bruno Ricci, “Jacques Dernier” for another small sequence in the film running through an exploding door. Also stunt performer as Infantry soldier. Also ND driving. 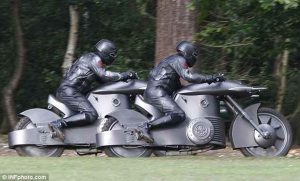 As well as doubling Captain America for his motorcycle jumps, I was also one of the Hydra Riders, doing a laydown on fire! 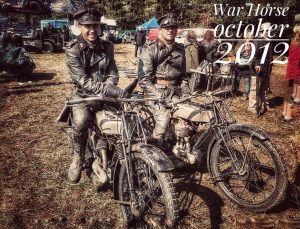 Motorcycle rider here with my mate Gary Hoptrough, who I seem to do quite a lot of motorcycle and driving jobs with. Also I was driving military trucks and was a German infantry soldier attacked by the charging English Cavalry.

Did quite a lot of stunts in this film. Doubled for John Boyega, “Moses” for bicycle crash and motorcycle jump. Doubled Franz Drameh, “Dennis” for his moped crash down some stairs, other general riding and for the head on van crash. Also doubled him, while an alien smashes through window and takes him out. Trained the lads to ride their bikes. 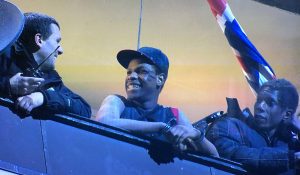 Working with John Boyega on Attack The Block

Clash of The Titans

Stunt performer, as buildings are destroyed.

Double for Ron Weasley, being chased by the “Snatchers” in the woods. Note that I was not the main double, and this was only for this one second unit sequence for a couple of weeks filming.

A Bunch of Amateurs

Precision driving double for Daniel Sharman, “Alex Dewhurst”, driving at speed, near miss, then crash into a log pile.

On stand by for part as hooded man.

Bicycle riding double for Benjamin Smith, “Brett” to crash bicycle, over the handlebars.

Did most of the stunts in this film. Stunt double for Mike Vogel, “Ian Stone” for car driving near miss, jerk backs and general stunts. Doubled “The Creature” for a few parts, hanging upside down and jumping the stairway. Doubled Michael Feast, “Gray” being pulled into the grate. Also driving double for Jonathan Magnanti, “The Taxi Driver”. Precision van driver for knock down.

Performed most of the stunts in this film – Stunt double for Mike Vogel, “Ian Stone”. Doubled “The Creature” for a few parts, jumping the stairway here and hanging upside down. Doubled Michael Feast, “Gray” being pulled into the grate. Also driving double for Jonathan Magnanti, “The Taxi Driver”. 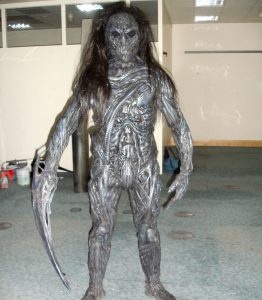 Doubling a creature on The Deaths of Ian Stone.

Precision driving double for Colin Firth on the Film, Born Equal for a near miss with Robert Carlisle who runs into the road.

Motorcycle riding double for Ewan McGregor in a motorcycle chase.

Amongst a Medieval battle scene, an archer and fighting. 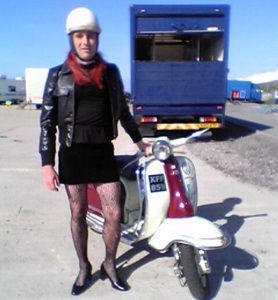 Passer by under exploding building.

Stunt double for Brady Corbet, “Alan Tracy”. First in Seychelles, fights, fall down steep hill. Back to Pinewood for slide down air duct. Moped riding, jumping ramp to ramp. Jerk backs. Jump down shaft. On G-ride on wires, blue screen work. Choked and hung from wire. Fighting. Fall through trap doors on descender. Down slide then off cliff edge into lake.

Stunt performer for fight, own part, hit with pool cue. 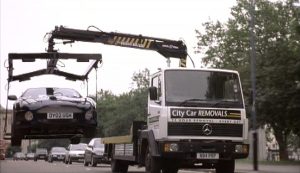 What A Girl Wants

Tricks on an R1 motorcycle including wheelies, and stoppies and riding at speed.