A league of Their Own – 1 Episode

Banger driving, including various sequences. Also banger driving stunt double for Jamie Redknapp for J-turn and handbrake sequence and being crashed into the side, pushed along barriers. 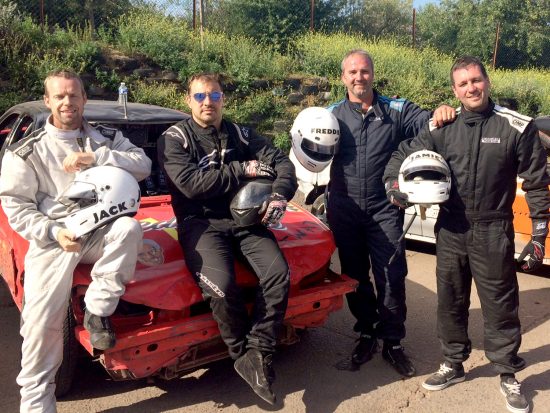 The banger driving stunt team for the banger racing sequence.

The One Show – 1 Episode

Precision lorry driver, re-enacting a scene from the film, The Italian Job. 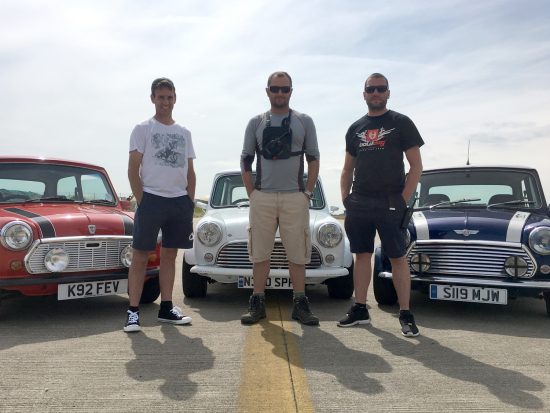 The precision driving stunt team for re-enacting a scene from the film, The Italian Job. 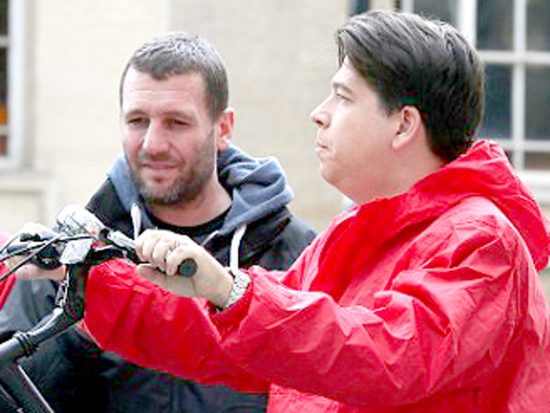 Precision driving at speed and also working as a precision lorry driver. 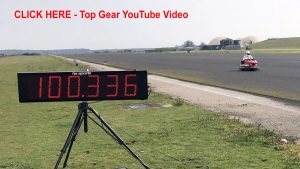 This video is from one of the Top Gear jobs I was involved in, working alongside Colin Furze. Please note that I am definitely not claiming to be the full time “Stig”, but I have doubled him on a couple of occasions with some specialist vehicles – For this Top Gear job I was involved in, I was working alongside Colin Furze, and I had a lot of involvement in helping “The Stig” achieve a Guinness World Record, for the World’s Fastest Bumper Car / Dodgem. 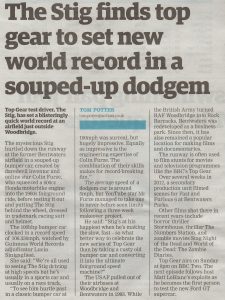 This is a press cutting from the Top Gear job I was involved in. 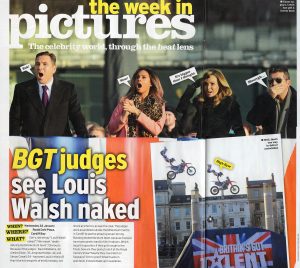 This is a press cutting from Heat Magazine. I was the Bolddog Lings Freestyle Motocross Team show choreographer, and assistant stunt co-ordinator for our freestyle motocross sequence.

Played part as specialist, demonstrating riding bicycle and motorcycle off cliff on wire.

Motorcycle tricks, then taking Grub Smith pillion over a jump. 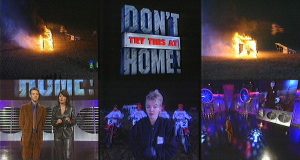 This was the first ever TV job that I did, I had no idea what journey it was about to take me on for the next 20 odd years!!… 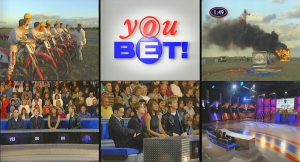